Southtowners! This one’s for you!

I recently moseyed on down to Nino’s Pizza at their West Seneca location. So many of my Southtown followers and friends have been raving about Nino’s and their Buffalo-style goodness. I couldn’t wait to see what all the hype was about.

Can’t speak for their Hamburg location, but the West Seneca location had their structure locked down solid. It was so impressive. They had all the pick-up order tickets lined up on the wall behind the counter alphabetically and worked through the list like real pros.

There was a sit-down area of the establishment too, but I’m not sure if those dine-in orders were in the mix of order tickets too here. Either was, kudos on the organization and swiftness to the Nino’s team! You made for one happy and at-ease customer.

When I got my order, large pepperoni pizza and a side of medium wings (the usual), I noticed it was hot and fresh out of the oven. I made a rookie mistake of putting this in a slightly downward tilting seat in my car on the drive home, so there was some slid cheese on this guy here.

Honestly though, Buffalo pizza is all about being indulgent and beautifully messy, so this was pretty on brand here.

Nino’s truly killed it. It was easy and enjoyable all the way through. Meaning, it was everything you would hope for when it comes to Buffalo pizza.

The dough was a nice medium thickness—not overly doughy nor too floppy. It held it’s own, especially with the thick, sliding cheese on top.

It had solid airflow throughout, but still had that buttery-like sponginess too. And that nice, moist texture is what what carried through to the end crust as well. “Cardboard crust,” what I deem as the ultimate death sentence for a pizza, is one of my biggest pet peeves (And I would hope for anyone else too!). That said, this pizza was cardboard crust free! 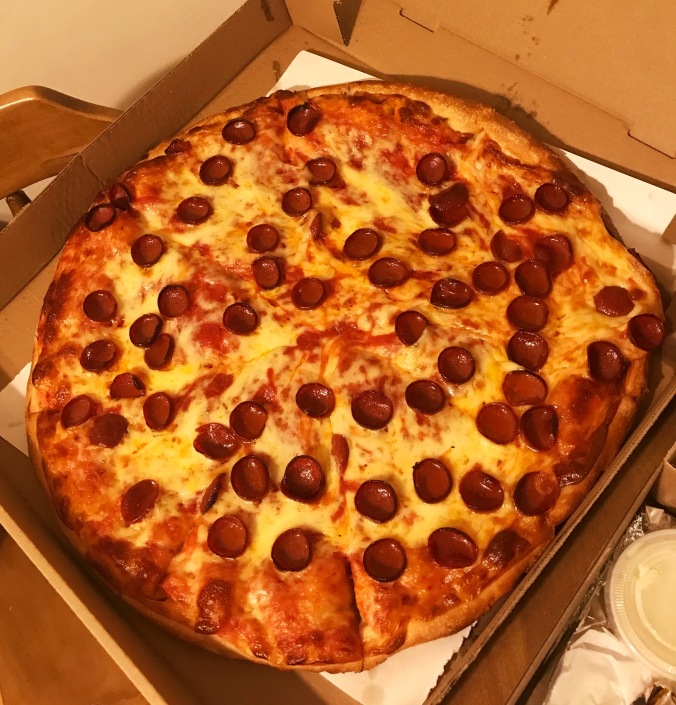 Another big component with Buffalo-style pizza that often gets forgotten or overlooked, but is especially critical, is the cheese going all the way to the end crust. The end crust should really only be a sliver of plain dough or dough with well-done cheese on top.

I love this minor, yet important detail of Buffalo-style pizza. It continues to stress the theme of indulgence, generosity, and flavor!

Cup-and-char pepperoni was strong as well. I’d say Nino’s is pretty average on their topping game, not over-crowding nor being too conservative. They are confident in their pizza game and don’t need to compensate for something else, which I respect!

Some pizza places around town (think hard about this one) definitely load on toppings and focus on presentation vs. actually working on their core components: dough, cheese, sauce. Nino’s is the real deal here and have mastered their craft of Buffalo-style pizza. 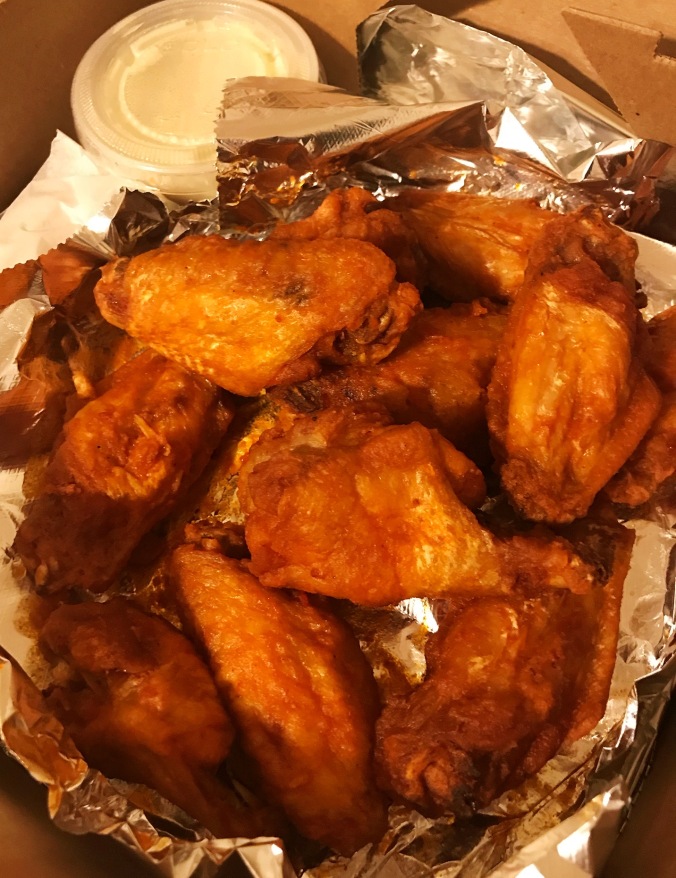 I always wish I ordered more wings haha. One of the reasons being because Nino’s chicken wings were damn good. But also because then if I had more wings that means more leftovers to enjoy too!

If you like ’em crispy and not overloaded in sauce, or even where the sauce has had time to soak into the wings, you’ll like the chicken wings here.

So… I think I found my favorite Southtown pizza place for Buffalo-style pizza?! Wow. Nino’s Pizza will be hard to top, folks. Onto the next pie, but I’ll sure be joining the bandwagon on this one for a long, long time.