So many of you have been asking if I have visited Lovejoy Pizzeria yet, specifically calling out it’s mastery in the Buffalo-style pizza realm. Well after much hyping up, I finally had the chance to order from their Main St. location. As described, it was a pizza that rose up to that hype.

When we ordered our large pepperoni and cheese pizza (and double order of medium wings) on a very busy weekend evening and relatively late into the evening, they were able to fit my order in with a quick turnaround, despite being very busy the whole night.

If you’ve worked in food service, you know how quick everything moves and how hectic it can be. But when we went to go pick it up, I noticed how swift everyone moved throughout the kitchen and counter to accommodate everyone’s needs picking up and ordering. Plus, this was all while being very friendly to us and thanking us for ordering Lovejoy Pizza.

Honestly, that service goes a longer way than people think and will be a reason we’ll go back. 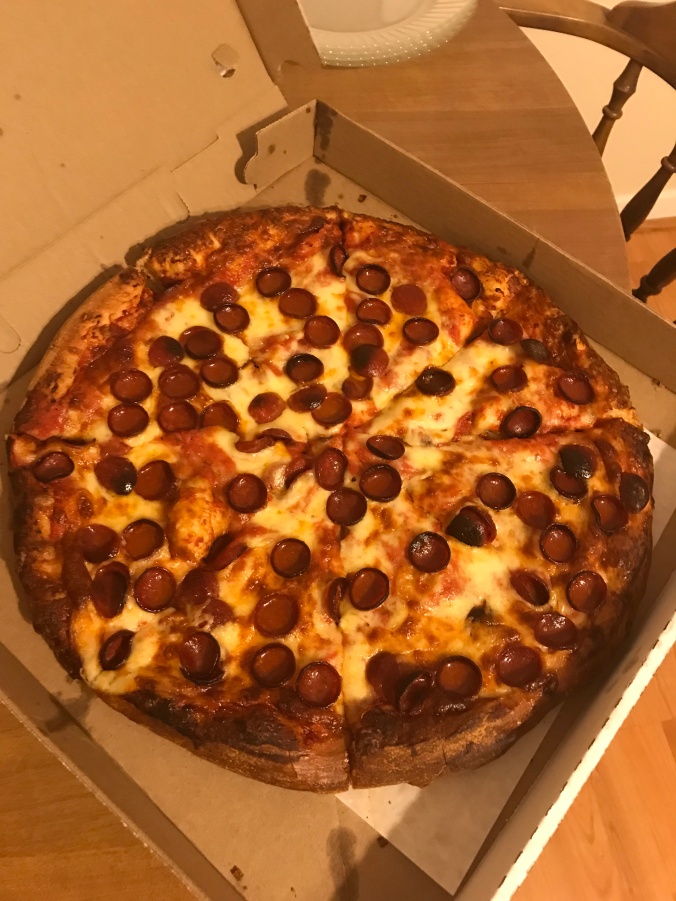 Driving home with this pizza in the car was like pure torture. The smell was so amazing I could’ve pulled over and eaten the whole thing right then and there. But sadly, I had to refrain and share this one with friends this time (sigh). 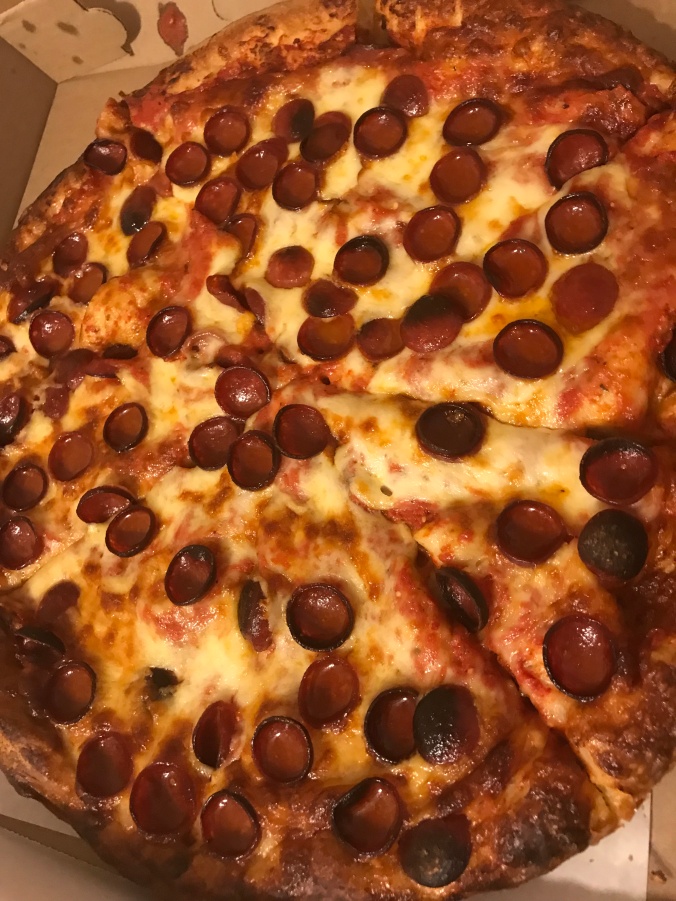 For starters, this pizza was a decent size. I personally think some of the pizzas here in Buffalo are overpriced, but this pizza was large enough to be fair for the price.

Someone had told me this following my order from Lovejoy, but apparently you can request different kinds of crust (garlic, seeded, etc.). Had I’d known this, I would have totally ordered a specialty crust. I had no clue. Next time though, now that I know I like the rest of the pizza! 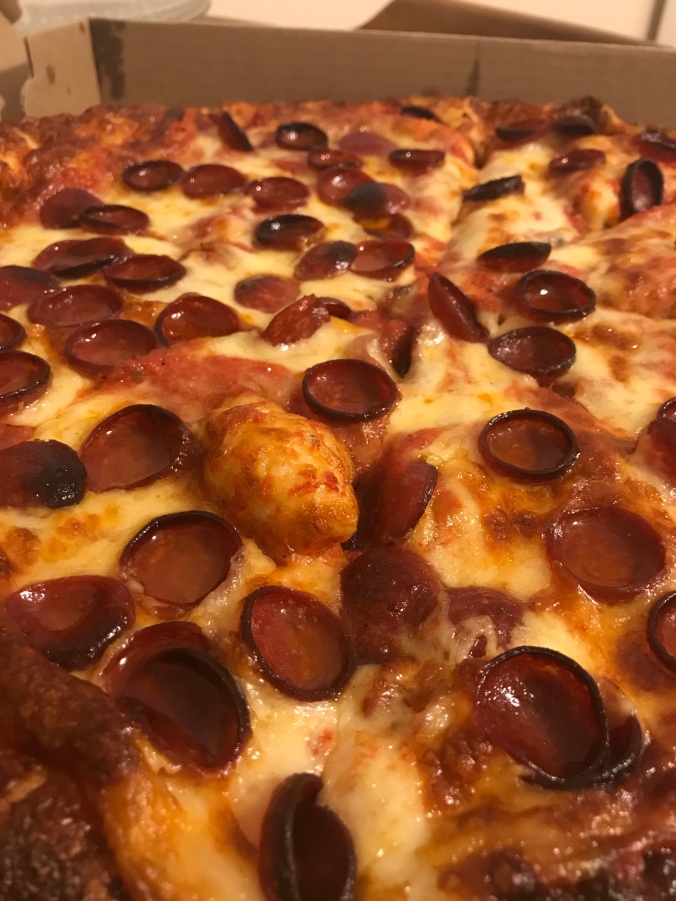 As far as toppings go, the sauce and cheese were plentiful, making this pizza feel slightly heavy, but not too sloppy where all the toppings fall right off. The cheese held it’s own still to keep everything intact. The cheese was cooked well for the style, with a few crispier spots that went with the overall crunch and semi-burnt flavors in the crust. 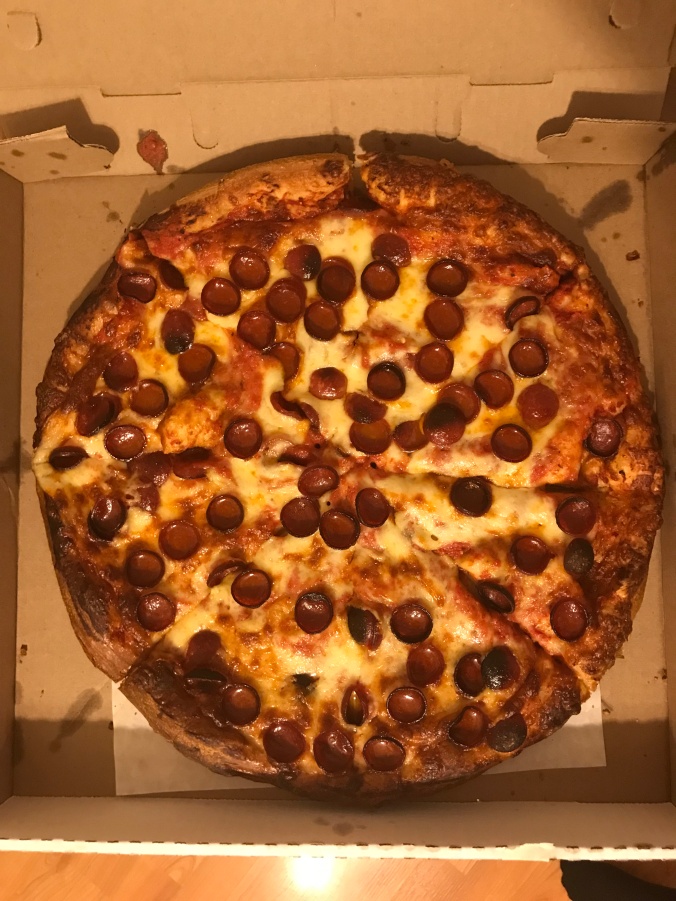 If you’re even wondering still, I would 110% order from Lovejoy Pizza again.

Not Complete Without Wings

Because of all of the crispy, crunchy, Buffalo-style action going on with this pizza, chicken wings seemed like a great add-on to our order. We decided to go with medium wings, which ended up being a great choice. 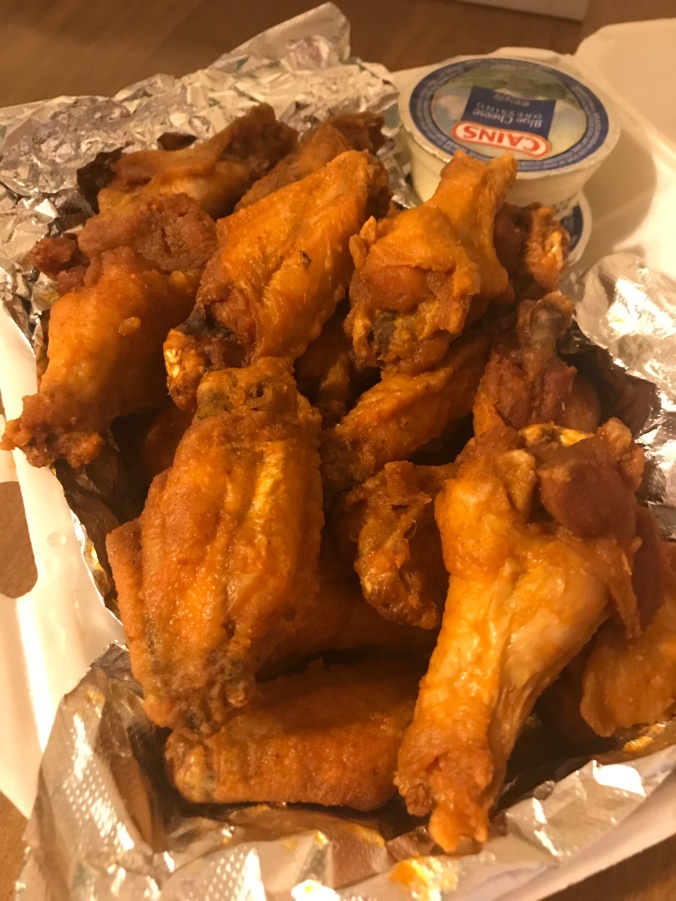 There’s nothing worse than a wing with literally no meat on it and it’s all sauce. These wings were relatively thick though luckily. There was a decent crisp to them as well, so it I was happy to have blue cheese on the side to dip this into to not be all crunchy textures.

The medium sauce was on par heat-wise. It’s not overly hot, but if you are sensitive to spicy food I would recommend the mild. Also, cup-and-char pepperoni can be relatively hot too depending on how many you eat, so something else to keep in mind in this regard.

I feel like this order wouldn’t have been complete without wings like a true Buffalonian, so I will have to consider ordering those again as well.

Lovejoy Pizza did live up to it’s name essentially. I was especially impressed with their Main St. location (the other location is actually in Lovejoy, I believe). Will be back for sure. For all those Buffalo-style pizza lovers, you should certainly give Lovejoy a try!

4 thoughts on “Lovejoy Pizzeria: The Name Says It All”