Growing up in Rochester, my family was loyal to this place called Carbone’s Pizzeria. Carbone’s had always been my favorite pizza. It was medium-sized crust, had cup-and-char pepperoni, was on the slightly over-cooked side with a crunch, and had a nice zesty sauce. I felt like there was nothing like this pizza anywhere else in Rochester.

Had I done my research, I would’ve known Carbone’s was a Buffalo-originated pizzeria that expanded to Rochester. They have three locations out in the Buffalo area: Love Joy, South Buffalo, and Alden.

When I heard someone mention Carbone’s Pizzeria in Buffalo, it all made sense because this pizza really fits the criteria of true Buffalo-style pizza. I guess I had been a fan all along from childhood!

My work recently ordered Carbone’s for the office, and when I heard the news I was pumped. Although it is really a Buffalo-style pizza, it was nostalgic and reminded me of Friday pizza nights with my family. 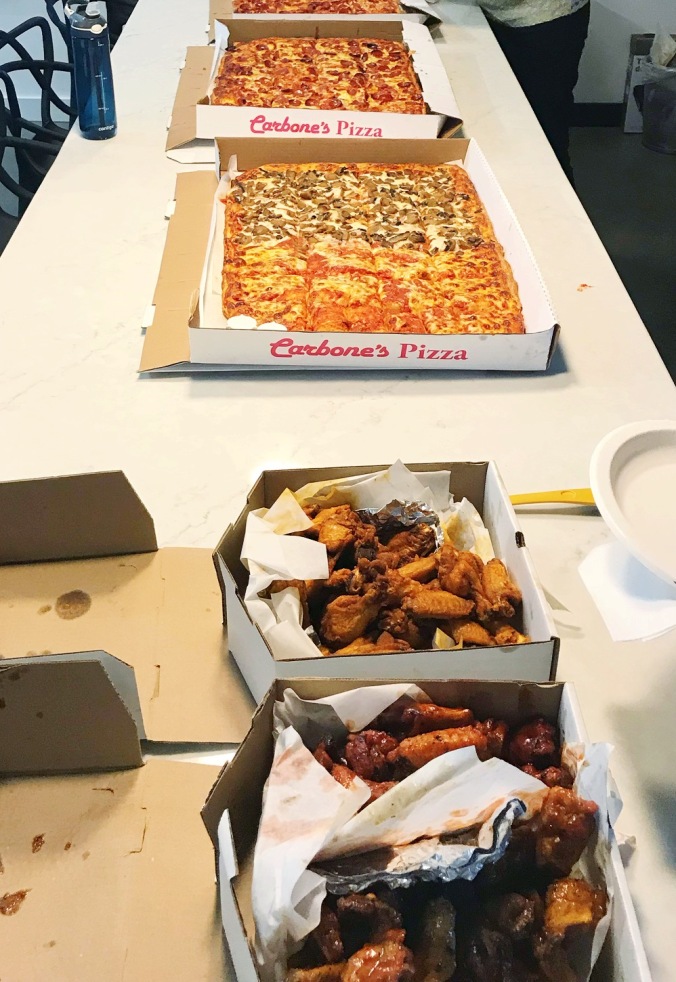 Also, there’s just nothing like walking into a room and see three sheets of pizza and buckets of chicken wings. *wipes drool*

I always thought Carbone’s wings were the best I could find in Rochester as well, but now I totally get why, being from Buffalo originally. They’re thick, crispy, and doused in a Buffalo sauce with the right amount of kick. I am personally not a fan of wings that don’t have crispy edges to them and are too soft.

Once you’ve finished you’ve pounded a few (or dozen) wings, it’s a great segway into the goodness that is Carbone’s pizza. I’ll break it down for you:

My Kind of Beautiful Mess 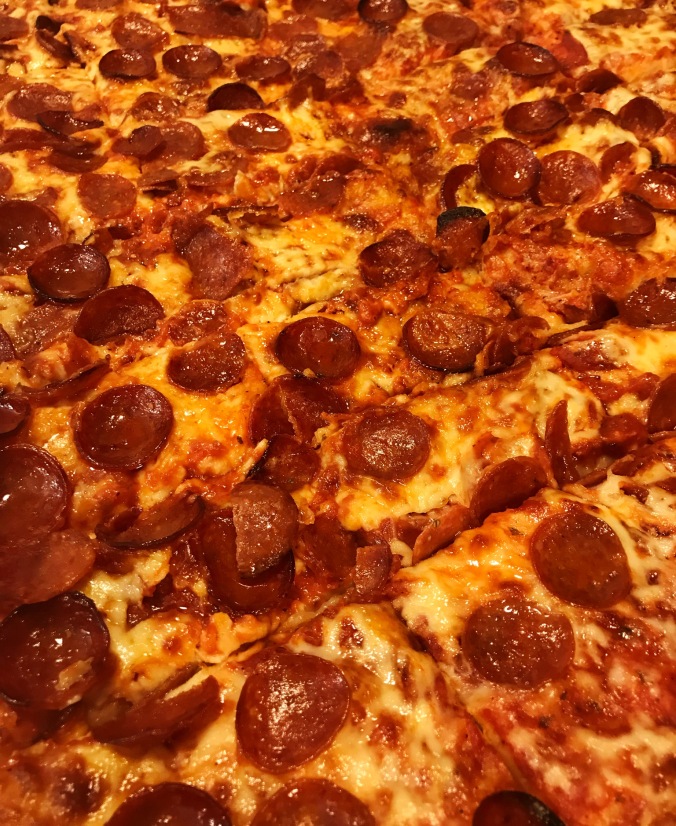 This isn’t a pizza you’re going to be eating at a candlelit dinner at a restaurant with a cocktail. This is a pizza you’re eating on the couch, at a party, hanging out, with a beer, or watching the game. This is a pizza that you enjoy eating a little sloppily and have a few extra napkins ready to go for greasy fingers. This is the pizza you’ll be craving because it tastes damn good.

(That being said, this isn’t a pizza that completely falls apart. It’s still really easy to eat, trust me.)

I have a lot of friends who like soft, under-cooked, doughy pizza, so I get it. But that’s just not the way a Buffalo-style pizza should ever be cooked! There’s nothing better than the crisped edges of pizza crust with fluffy, airy dough on the inside (especially when dipping it in blue cheese too). Carbone’s does a great job of not having their pizza be burnt or dried out either. 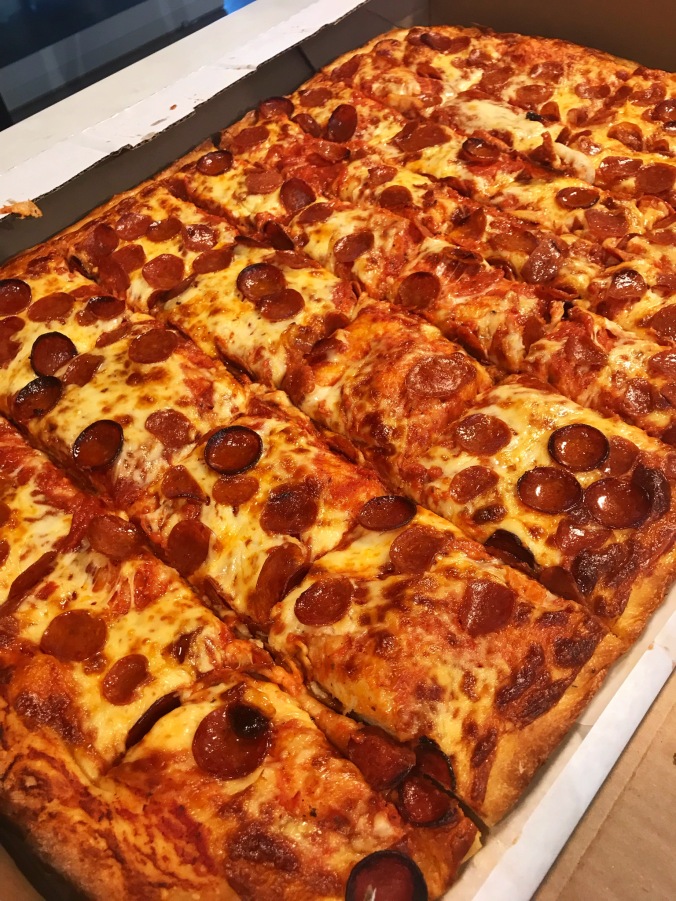 A Sauce for Everyone

This pizza has the type of sauce that you really can’t be upset about. It’s not too sweet, not too spicy, not too herby, but just right in the middle with great flavor. The sauce gives a little softness to the crispy crust with every bite as well. Plus, I’m a proponent of the even sauce-to-cheese ratio, and Carbone’s abides by that. The sauce isn’t too overflowing or drippy, which is a plus when downing slices.

Nothing Light About These Toppings

You ever been that jerk that takes your slice, and then eats toppings off of other pieces just because they look good? With Carbone’s pizza, you’ll most certainly be doing that, especially with their cup-and-char pepperoni. Guys, their pepperoni is SO good. Similar to their crust, it’s thick and crispy and delicious, but not too spicy or hot. When I think of Buffalo-style cup-and-char pepperoni, I will be comparing future pizzas to Carbone’s. They’re doing it right.

I also think Carbone’s does a great job of providing a decent amount of toppings, especially for something more expensive like pepperoni or sausage. There’s nothing worse than when you pay extra for toppings and they short you. You think, “Was this really worth the extra money?”

So, (New Era) caps off to you, Carbone’s. I’ll always be a fan of your thick pepperoni and undeniable crunchiness. Thank you for representing what Buffalo-style pizza is all about!